Vermette Dashes into the Record Books 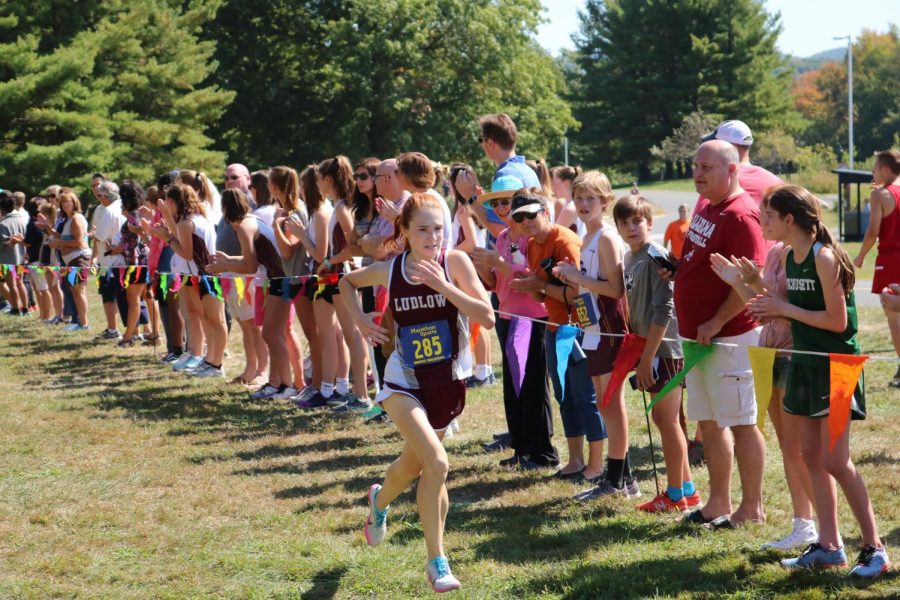 When LHS junior Kendyl Vermette was a freshman, joining the cross country team was almost an afterthought—certainly not something she thought she’d be particularly good at.

Just last week, Kendyl broke the Ludlow High School course record, running the course in just 19 minutes and 39 seconds. The school record was set previously by 2013 graduate Deaven Theriault, with a time of 19:47.

Track and Field coach, Mr. Walsh, said, “She runs more mileage than anyone’s ever run because she’s willing to do it. She wants to do it. Sometimes we actually have to hold her back because she always wants to keep going.”

Kendyl proved this herself by talking about her future cross country  goals: “I’m really hoping to break 19:30 on that course [Stanley Park] and that’s my next goal… and I’ve got a lot of time.”

After Kendyl’s overwhelming improvement during her freshman year on the XC team, she began to run on the indoor and outdoor track teams as well, which further showcased her abilities. During these seasons, she has ranked statewide in the 1000 meter, the mile, and the 2 mile.

In addition to all of Kendyl’s success in school, she is also on All Western Mass for indoor track, All League for outdoor track, and continues to push herself every day.

While Kendyl’s running skills have improved exponentially since freshman year, her initial desire was to join a team that exemplified community and camaraderie. She joined a family away from home made up of more than 100 people.

“I love the team, too. They’re all so nice and supportive and they really made me feel welcome… It’s a really great community…. it’s the aspect of being on a team that really counts [more] than how good you are at something. It’s for the fun,” Kendyl said.

This community is what Kendyl attributes her success and victories in cross country: “I credit my success to my teammates, my coaches, my family, my friends–everyone who supports me because it’s really kept me motivated. It’s really helped me succeed.”

She also gives credit to her  passionate coaches: Mrs. Walsh, Mrs. Gauvin, and Mr. Walsh. “…they’re always pushing us to do our best, and they’re really helpful when we have questions. And they always push [me] to excel.”

As Kendyl continues to push herself, she needs a strong support system to keep her motivated. Cross country is a sport not only physically demanding, but mentally. Kendyl’s support system comes from her cross country family. “Positive encouragement from everyone around me… makes me feel like I can accomplish anything even when I know I probably can’t.”

As a junior, Kendyl still has much of her cross country career ahead of her. Since it holds such a special place in her heart, she wants to share her passion of cross country with others. “I would like to tell future athletes to definitely stick with it… You’ll really enjoy it because of the running… and the community on the team. It’s just very positive energy and it’s really, really nice.”

Make sure to support Kendyl as she continues to crush the competition and the school record this season!