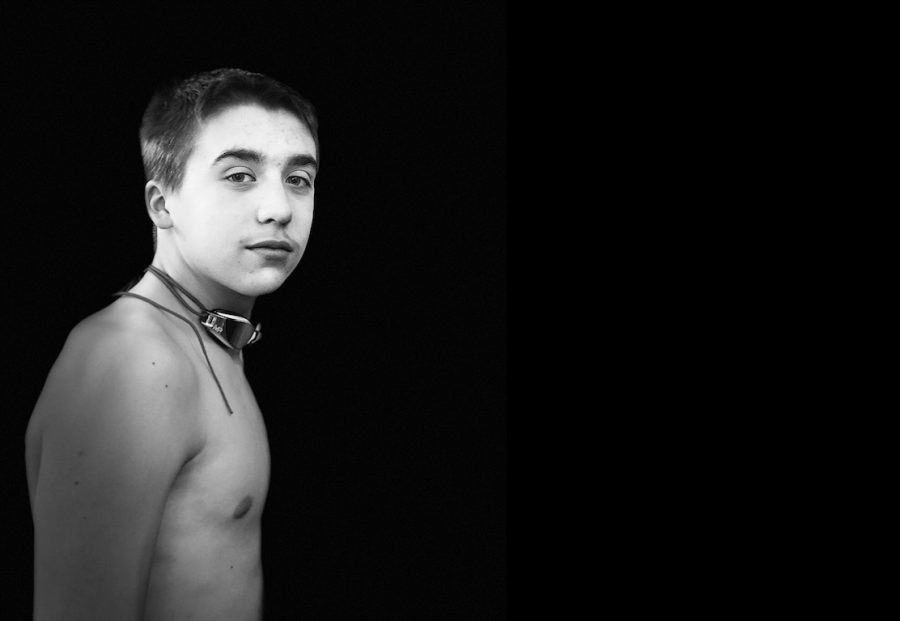 It’s his determination that sets him apart.

At the age of nine, Aaron Turgeon was told by his peers he would never become an Olympian. He took the doubt as a challenge and ever since has worked tirelessly to make his dream a reality.

Turgeon started swimming competitively when he was only five years old. He attended the local Boys’ and Girls’ Club’s after-school program which held a weekly swimming session.

After missing a swim session, then Ludlow, Mass., recreational swim team coach Paul Crevier noticed Turgeon was visibly upset because he missed the opportunity to practice. After observing Turgeon’s dedication and passion for the sport, he recruited the young athlete to join the team since he so obviously enjoyed swimming.

“When I swim, I have complete control over myself,” Turgeon says. “I feel free and can block out the world around me.”

Since joining the team in 2009, Turgeon has been a member of Ludlow’s recreational swim team until the fall of this year, when he brought his talents to Ludlow High School’s boys’ swim team, coached by Shelly Pennington.

“Aaron’s biggest strength is his stubborn determination,” says Pennington, “he doesn’t, and will not give up. He wants to succeed.”

Turgeon, who stands at 5′ 7″ with a svelte, 148-pound-frame, swims an impressive ten of eleven races in the high school league, which includes the 50-, 100-, and 500-yard freestyle, 10- yard butterfly, 100-yard backstroke, 100-yard breaststroke, 200-yard individual medley, and all three team medley races (200-yard medley relay as well as the 200- and 400-yard freestyle relays), although not all in the same meet as MIAA, Massachusetts Interscholastic Athletic Association, limits swimmers to four races per meet.

“The 100- and 500-yard freestyle races are my favorites,” says Turgeon, “because I enjoy swimming distance events and I’ve been naturally good at the 100-yard freestyle since I started swimming.”

As a freshman new to the high school team, Turgeon set goals for himself, which include beating his brother, Nathan Turgeon’s, and his brother’s friend, Nicholas Potorski’s, current school records and qualify for Central-West—a highly-competitive swim meet between swimmers across the Western and Central regions of Massachusetts in which swimmers must meet qualifying times to compete.

Turgeon plans to break their records “by getting faster, training harder, and never giving up.”

As of Jan. 16 of this year, Turgeon also holds a school record for swimming after beating Daniel Olivera’s former record of 1:03.12 for the 100-yard backstroke with a time of 1:02.70 at a home meet against Renaissance.

“Aaron impresses me because as a freshman, he is always ready to swim and is the best on the team,” says boys’ team captain Adam DaCruz. “He has really helped the team keep an undefeated record so far this season.”

And according to Pennington, Turgeon is very close to qualifying for the state level competition in the 50-yard freestyle event.

The Western-Central meet had become especially difficult to qualify for this year as previously, Western Massachusetts and Central Massachusetts had held separate regional meets. As the regions were combined this year, the amount of schools and swimmers available to attend the meet increased, the qualifying times to participate in the meet dropped drastically this year, as to limit the number of competitors.

In fact, Turgeon had been the first swimmer from Ludlow High School’s swim team to qualify for Western-Central in an individual event, doing so at the first meet of the season against Palmer. Since then, teammates Adam DaCruz and Adam Wehner have also qualified for the regional meet for the 50-yard freestyle and 100 yard breaststroke respectively.

Turgeon also swims for a USA team known as PVAA, which stands for the Pioneer Valley Aquatic Avengers, under head coach Corey Lomas. The team competes in the New England LSC of USA Swimming, traveling across the region to race in both 25-yard and 50-yard competition pools.

“We pride ourselves on training for both the physical and mental aspects of the sport,” says Lomas.

Turgeon practices a minimum of twice a week with the team, on top of swimming daily with the high school squad.

“I joined PVAA in 2016. It’s a league in between high school and the Olympics,” says Turgeon.

Lomas founded the team in the spring of 2016 with six swimmers and one coach but has grown the organization to now consist of over 100 swimmers and six coaches.

“Turgeon came to me with raw talent, energy, and great enthusiasm for the sport,” tells Lomas. “He always puts in his best effort and has a work ethic that helps him achieve his best times over and over again.”

Lomas attributes Turgeon’s success to “his ability to concentrate on the details and accept constructive criticism” as well as his ability to utilize technique in every race.

Turgeon is also a role model teammate as he is able to use these traits to lead young swimmers by example, says Lomas.

“I plan on swimming in college,” says Turgeon, “and then trying to make it to the Olympics.”

Turgeon hopes to get a scholarship to swim in college— and he’s not picky on the division of the school— where he plans to train and compete in anticipation of qualifying for the Olympic trials by beating their cut-off times.

“My family, friends, and coaches all motivate me to keep going, never give up, and find a way to reach my goals,” says Turgeon.

Turgeon also looks towards Ryan Lochte, 12-time Olympic medalist, as inspiration for reaching to the Olympic stage one day.

“Whenever he fails to make a time, he would qualify the next time he raced because he would find another way to swim faster and keep going and I’m going to do the same,” says Turgeon.

With his hard work and constant dedication to the sport, it will be no surprise if Turgeon follows in Lochte’s footsteps.