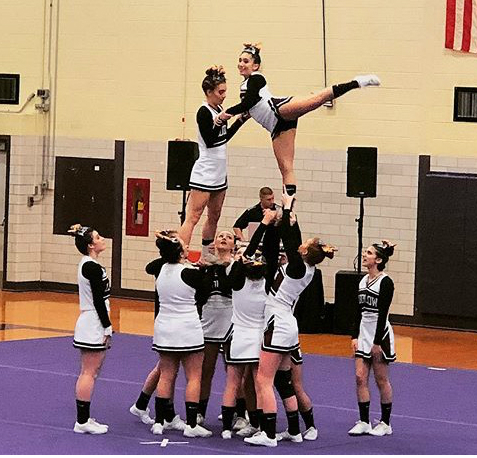 Navarro is a “flyer” on the team and has been on the team for three years. She said the girls have been working hard for several months and everything is coming together. Her only concern would be that “stunt’s don’t hit or some girls getting into ‘stage frights’”.

Head Coach Caitlin Van Aller has been coaching the cheer team for three years and is eager to see all 18 cheerleaders compete even though out the 18 girls only five have actually competed at the high school level.

Both JV and Varsity will be involved with the competitions. “I am so excited for all of our rookies to experience their first high school cheerleading competition and see what we’ve been pushing them so hard for,” said Caitlin, adding that she enjoys seeing the girls fall even “more in love with this sport.”

“For the first time since I’ve been coaching, I’m actually not worried about heading into our first competition,” she said. “We have an amazing, hard working, and talented group of girls this year.”

Nikolette Sullivan, a first-year freshman varsity, said “I’m excited for competition season because we have a really great varsity team and we have worked so hard… but honestly, who isn’t scared when they compete?. It’s a lot of pressure on us as a team but I know we will be great.”

Genivieve Bailey-Hanson, a sophomore flyer, has been on the team for two years on varsity.

“I’m excited to compete with these girls who have become like sisters to me, and I can’t wait to see how far we go as a team this comp season,” she said.

If they place first in their division at Regionals the girls will be named D3 Western MA Champions and move on to States. However, if they do not place first, they can still move on to States if they have a  score of 73 or higher. States will be held on March 11 and the Location is also still unknown. 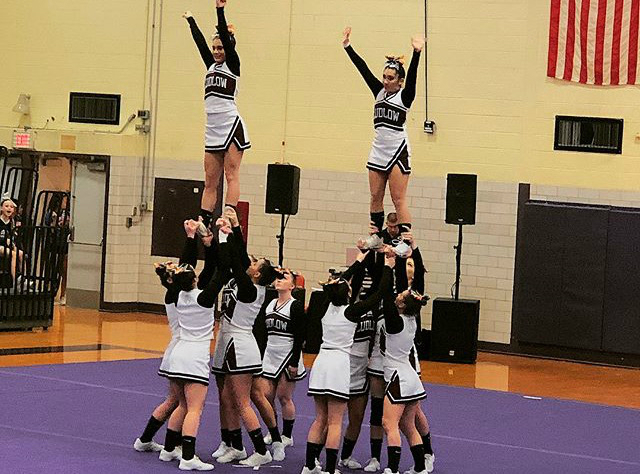