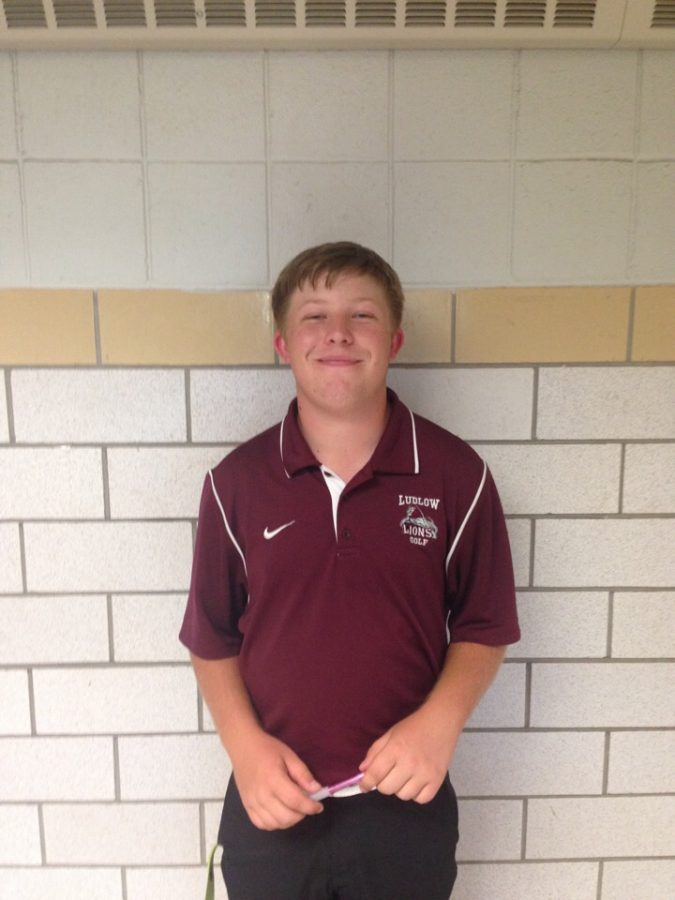 The Ludlow High School golf record for 34 (or 2 strokes under par) has been broken by LHS Senior Kade Howard, shooting a 32 against Belchertown High School on Sept. 13.  This helped the LHS golf team win the match 151-164.

There are nine holes played in a match. Scoring under par is the goal for players because it is the lowest score and the  lower the score, the better a player stands in the rankings. Par for nine holes is 36 at Belchertown but can vary depending on the golf course.

This was Howard’s first time shooting under par.

“I would usually think about just winning,” said Howard, “I just want my team to do good so therefore I would have to play the best that I can.”

Howard is the co-captain of the team along with Owen Cocchi. Both players have played golf their entire career at LHS.

“I play golf every day,” says Howard, “Practice usually makes a player better because if you practice then you will be able to control where the ball goes and will get better.”