LHS football is off to a great start 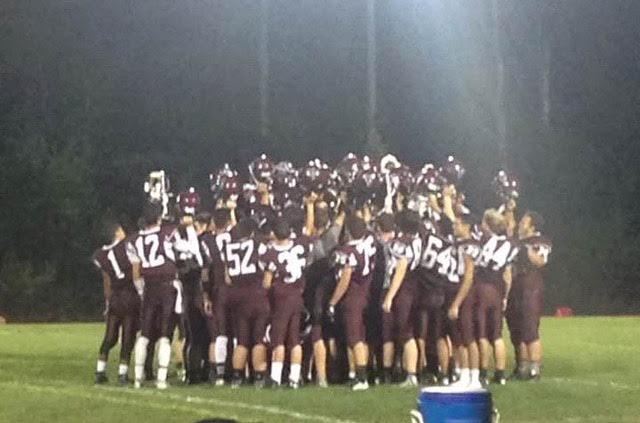 The Ludlow High School football team has started out with a 2-1 record for the season. They have lost to Frontier Regional High School 14-8 but came back the week after with a win against Belchertown High School 26-7. They kept the ball rolling as they beat Athol High School 19-6.

According to the coach, the Lions lost a lot of talented players  last year. Saloio had something to say about how they can “replace” the graduates from last year.

“Each year is a new team,” says Saloio. “Every year the team gets a new identity. We must move on and start a new story for these players.”

There are no freshmen starting on varsity this season as they have had in the past.

“Freshmen will get the opportunity to show me what they have and some freshmen have gotten some varsity time but there isn’t any that start.” says Saloio.

The Lions have faced a lot of injuries in the past seasons and have faced players getting kicked off the team because of academics.

“I only worry about everything I can’t control as a coach.” says Saloio. “I worry about mostly injuries because I hate seeing the players get hurt, and I also worry about their academics because only they can control that.”

They had goals last year to reach the playoffs but were unable to do so.

“This year our personal goals are to try to improve everything, and grow the program like we did last year,” he said.

The Lions have prepared themselves for what is to come as the season moves on.

“Preparation started in the off-season with a bunch of captains practices, then we installed plays and we had to prepare the players for their new positions as well.” says Saloio.

Also Captain Quarterback Dan Rodrigues had something to say about their preparation.

“We put in a lot of hard work individually, mentally, and team wise as well.” says Rodrigues. “I feel like we have a team that can make it to the playoffs and surprise people.”
The Lions play their fourth game on October 2, 7p.m at Turners Falls High School.