Volleyball serves up another year at LHS 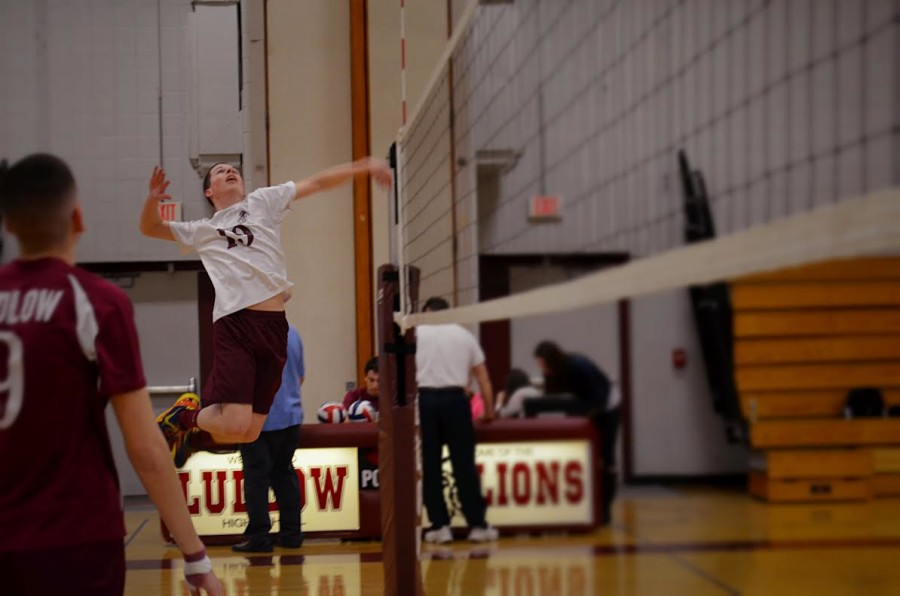 Boys Varsity Volleyball practice will begin March 16 at 3 p.m. in main gym at LHS. During the first week of practice, try-outs will occur. After seeing everyone ability, two teams will be created during the second week and players will begin preparing for the season.

The boys are proud to say that they ended their season with a 10-10 record and were able to make make it to play-offs as a 7 seed.

A seed is a ranking of the team based on their performance.

“There were 11 teams that were seeded and we were seeded as number seven, so we played the tenth seed, which was Holyoke. We won. So then we went to semifinals where we played Chicopee Comprehensive High School, which was the second seed,” says senior captain Kyle Puzzo. “Sadly, we lost in four sets.”

They were top ten in the state until one of their best players, Sean Fournier, who ended up rolling his ankle and making it hard for the boys to compete. While he was out, they dropped to top 25 in the state.

“We play in the hardest division in the states so we won exactly 10 games [to make it into play-offs],” says Puzzo. “Its really hard to play when you don’t have all of your players.”

“Sean was one of our best players. Although he was super short, he could jump really high,” says junior Sergey Vikhrev.

“Watching Matt at Volleyball Marathon and in gym class, he’s looking pretty good at hitting for our team,” says Vikhrev. “I think we are in good shape.”

The teams hopes to give it all they have in their most challenging games against Chicopee Comp and Westfield.

“We almost beat both of them last year,” says Puzzo, “but with our new offense and team chemistry, the sky’s the limit for our team.”