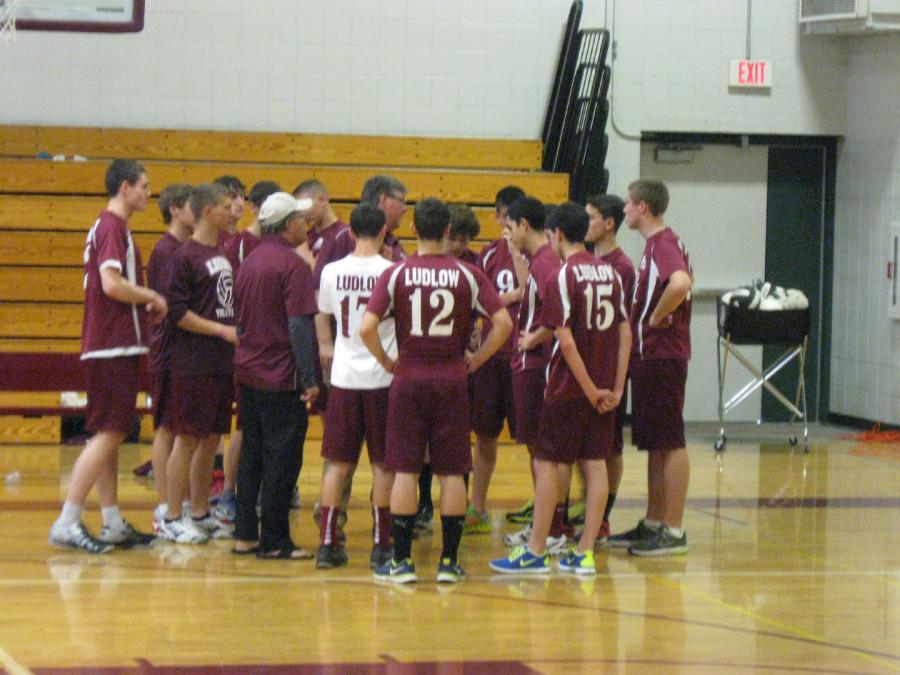 The LHS varsity boys volleyball team has one game left of their season and are in second place with a 14-3 record overall and a 9-3 record in their league.

The volleyball team is coached by Fred Glanville who has been coaching boys volleyball for 19 years.

As for the team’s strengths, they are all athletic, they have good passing, team unity, senior leadership, and intelligence on the game itself. They only have one weakness and that’s “lack of height,” says Glanville.

The key players on the team are seniors and members of the Super 7, Cody Dias who is their best setter, Chris Barbeau, who is a creative middle hitter Luis Quiterio who is their barrel so he only stays in the back.

Other key players include Curtis Pereira and Sean Fournier who both have lots of energy that gets put into the games.

As the season is coming down to the wire, the boys goal is to “win Western Mass and take States,” says Glanville.

“We are prepared to make a deep run in the playoffs this year. We are a good group of kids who want to win,” says Puzzo.