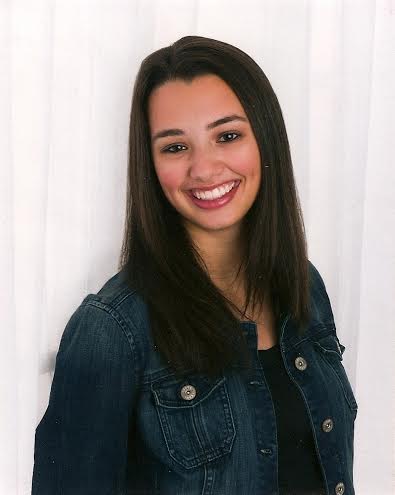 Quote: “Why worry? If you’ve done the very best you can. Worrying won’t make it any better.” -Walt Disney

Fun Fact: She wants to work for the Disney company at Walt Disney World.

Mika Matias’s freshman year was definitely a transition year for her. She went from a really easy eighth grade year, to a new, bigger school. “However, I felt like I was prepared,” she said, “I wasn’t really scared.”

Coming into her freshman year, Mika hung out with her cousin Gina Anselmo and her friend Belinda Jozefczyk mostly. They’re all still friends now, but their group has expanded over the years.

The only sport Mika played in her high school career was softball. She played both jv and varsity her freshman year, and then varsity for the three remaining years of high school.

With her senior year coming to an end, Mika said that it’s both weird and exciting knowing that it’s almost over. “I’ve been with these people for as long as I can remember, so seeing everyone go their own way is sad, but I can’t wait for a new chapter to start and see where we all end up in life,” said Mika.

There’s nothing Mika would have done differently in her high school experience. She enjoyed high school for the most part and learned from her mistakes.

Mika has become more carefree from her freshman year to her senior year. “I don’t let school stress me out, but I still put in all my effort. “I’ve also learned not to let people bother me the way they used to,” she said.

Her greatest achievement would be when she got into NHS, national honors society, because it’s based on different aspects, like leadership, character, etc. Not just one characteristic.

While her hardest challenge would be the AP classes and learning what she could handle for school work.

Mika’s advice for incoming freshman would be “to enjoy the next four years. They go by a lot faster than you think. Also, do your work because that’s what’s going to help you in the long run. And don’t be rude to your teachers because they’re just trying to help you and you don’t want that reputation to follow you each year.”

This fall Mika will be attending Western New England University. Her biggest fear for college is “meeting new people,” she said, “ I can be very shy at first, so I have to learn to be a little more open.”