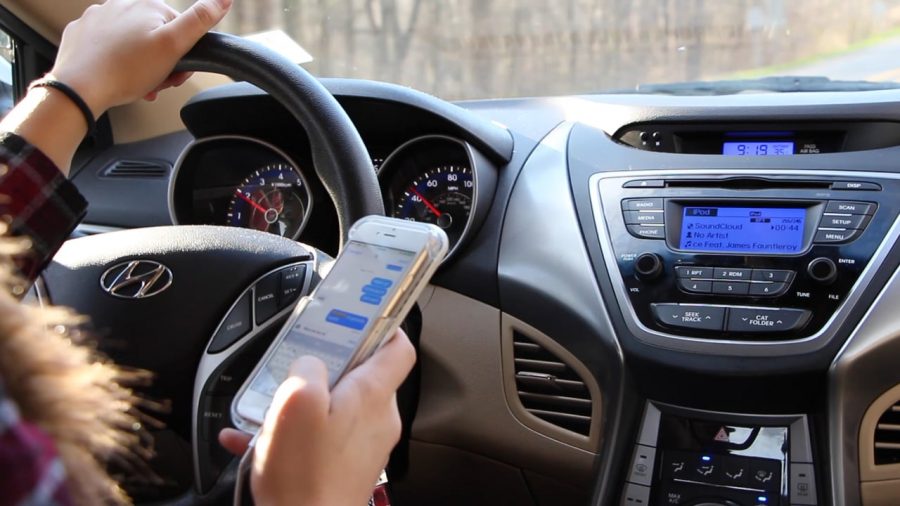 A seventeen-year-old from Minnesota is being charged with criminal vehicular homicide and using a phone while in motion after killing a man and his 10-year-old daugher.

Carlee Rose Bolling was distracted by her cell phone and ran a red light that killed Charles and Cassy Mauer on  July 21.

At some point in our lives, we’ve all either witnessed someone texting while driving or have done it ourselves. Distracted driving is on the rise and is dangerous for not only you, but the people around you on the road as well.

The use of a cell phone while driving is a factor in approximately 80% of all crashes. In 2014, there was 3,179 deaths that occurred from the distraction of texting while on the road.

Cell phones are essential to most teens and adults in this day and age. Most people can not live without their cellular devices but when being behind the wheel, that isn’t the place to use it. That text message you’re eager to reply to and the snapchats that you want to open, can wait.

Ten percent of all drivers from 15 years of age to 19 involved in fatal crashes were because of distracted driving. This means teenagers have the biggest proportion of drivers that get distracted.

Many people admit to texting and driving but claim that they are doing so in a “safe” manner However, it is never safe. Text messages are the most distracting to drivers because they need to be looked at and replied to.

“I don’t text and drive because I find it very hard to focus on multiple things when driving,” says Junior Anthony Syrek. “Just wait to text and only focus on driving to prevent injuries or worse.”

While being behind the wheel, driving needs to be the number one priority. When you are the driver and there’s other people in the car, they can easily reply to messages if needed for you. Facing a felony charge of vehicular operation or homicide can occur if a distracted driver injures or kills another person.

Think of what can happen and the consequences the next time you want to use your phone behind the wheel. Remember that you are putting more than just yourself at risk of injuries or even death.

The next time you grab your cell phone while driving think about Carlee Bolling who will be going to jail for a long time. Or better yet, think about the two people she killed.