Words can cause more pain than “sticks and stones” 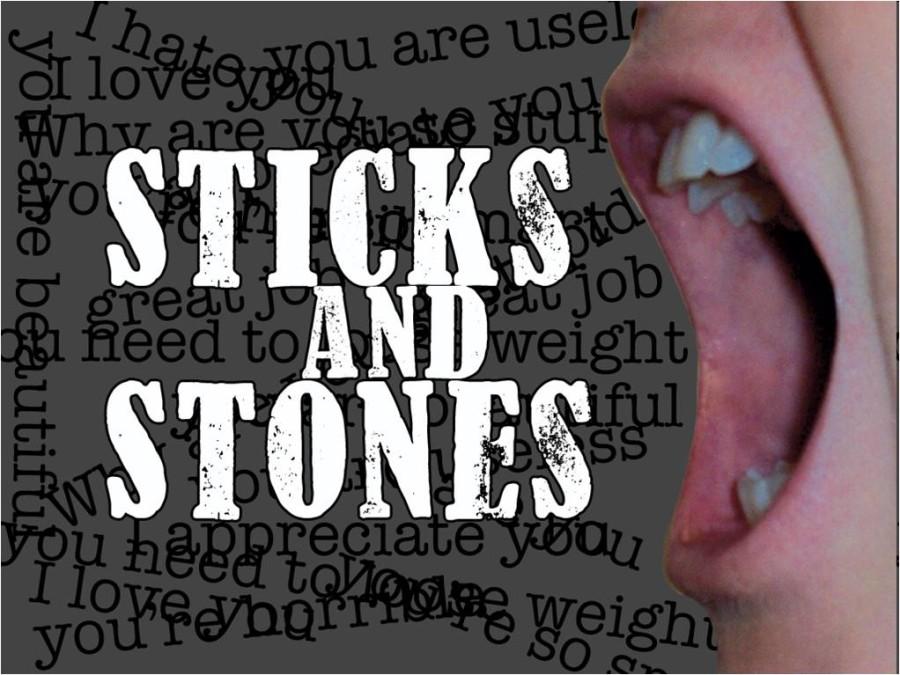 “Sticks and stones may break my bones but words will never hurt me.” We’ve been hearing this phrase since we were 4 or 5, from our parents, grandparents, and teachers.

Usually I’m one to brush off comments and ignore what people say or think but, sometimes there’s that one little remark that can send you over the moon and back, and people can just get away with it?  How is that fair?

For example, it was fifth period and all I could think about was stuffing a spicy chicken wrap with BBQ sauce, (with a strawberry milk of course) down my throat, I was awoken from my daydream when my friend had asked the question, “Hey, whose jacket are you wearing?”

So I told her.

Out of nowhere, a male student who shall remain nameless, turned around and said that my friend who owns the jacket is “an attention whore.”

To be honest, I don’t understand what gave him a reason to say this, but then again irrelevant things are shooting out of his mouth like rocket fire each day, I was used to it.

Now understand that this girls has been my friend for three years and has become one of my closest friends, how wasn’t I going to tell her?

The next day in third period I approached her and told her what this boy had said.

She confronted him and gave him piece of her mind. The next thing I know this guy is calling me a “rat.” Am I missing something?

Okay, maybe I shouldn’t have said anything or I wouldn’t be in the situation right? But think about this, wouldn’t you want to know if someone was talking about you, wouldn’t it bother you a little bit?

It’s not what he said, it’s just the fact that, one little meaningless comment made me snap because I have had issues going on previous days and was holding back my anger for quite sometime.

People need to think before they speak, because even if you “didn’t mean it like that” it could still affect how one feeling. If you don’t know them, don’t say anything.

I’m not trying to rant about how I really hate the fact that I stood up for my friend and was called names for it; that doesn’t bother me. It’s the fact that people think they can just walk around and call people whatever they want and have no consequences or feel bad for it. It’s wrong.

So, before you throw the pencil or hit enter to tell someone that they’re ugly because you were having a bad day, think twice. You never know if the one thing you say, could push them over the edge.