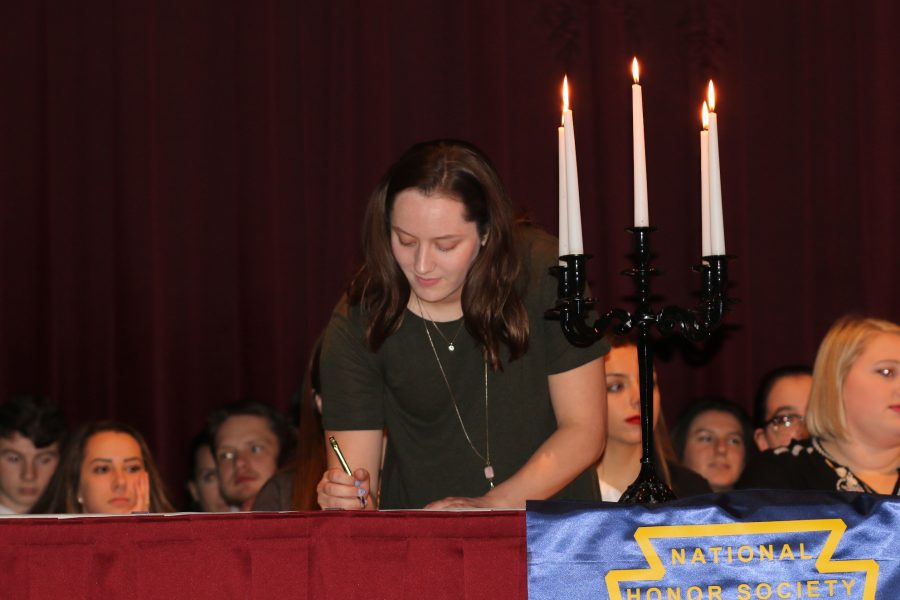 A ceremony was held in the auditorium at Ludlow High School on March 2 for 28 students who were inducted into the National Honor Society.

National Honor Society is an organization established to recognize students’ superior work inside and outside of school. Requirements for students to be part of this group include a long-term service project (consisting of more than 20 hours over a period of more than two months of service), two short term service projects (consisting of less than 20 hours of a period of less than 2 months), one example of leadership, two teacher recommendations, and at least a 3.5 GPA without rounding.

During the ceremony current NHS members read personalized speeches about each of the inductees and each new member signed the official NHS book.

Along with other benefits, including a library pass for unlimited privileges, being part of this organization will make a college or job application look great.

“Being part of the National Honor Society will show colleges and employers that I was a dedicated student who was involved in the community,” says Teixeira

After the ceremony refreshments were served and students and parents mingled.