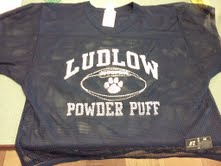 Girls, Powder Puff is just around the corner so make sure you stop by Mrs. Prior’s room D101 to sign up before spots run out.

This year, Powder Puff will be held on Nov. 20. It was postponed from the spring due to the lack of girls that signed up.

Powder Puff is put on by the lions pride community and has been an event at LHS for six years now.

“All the money that is made from Powder Puff will go towards more events,” says English teacher Jennifer Prior.

For each grade, you need about 20 players for the team if you would want subs and the limit is 25 players.

Since the girls will be playing flag football, the guys in their grade will become their cheerleaders and root them on during the game.

“Due to the cold weather, the times of the game are going to be earlier than in the spring,” said Prior.

The first game will be at 6, and it will be the freshman against the sophomores. The later game at 7 and the juniors will play against the seniors.

At half time, there will be a four way tug-of-war at around 6:45. Each grade will pick 10 girls that are on the team to go up against the other grades. The winner of the tug-a-war game will win four points towards battle of the class points, second place will win 3, third will win 2, and last place will win 1 point.

The winner of the Powder Puff games will win even more points towards their battle of the class points at the end of the year.

“On the day of the game, girls usually wear their jerseys to school and that day will also be class color day so it will work out well,” said Prior.