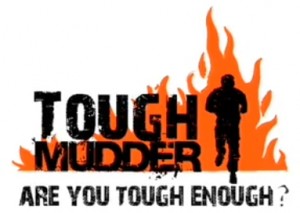 Attendance Officer Tom Cote and teachers Charlie Cangemi and Keith Woodman took themselves to their limits in an effort to complete a 10-mile, 28-obstacle course that spanned up and down Mt. Snow in Vermont.

According to the Tough Mudder website, “courses are designed by British Special Forces to test all around strength, stamina, mental grit, and camaraderie,” and an average of only 78% of participants manage to reach the finish line.

Cangemi was first introduced to Tough Mudder by Woodman, and was “dead set against it,” but eventually signed up after pressure from another friend.

The word of mouth spread to Cote, who took interest in the opportunity to help the Wounded Warrior Project, and was also inspired by former Ludlow resident Sgt. Josh Desforges. However, he was also admittedly intrigued by the challenge.

“I always like to challenge this old body and see what it can do,” Cote said.

Cangemi also thrives on physical fitness challenges. “It’s important to consistently challenge myself. If I didn’t, I probably wouldn’t work out,” he said.

Tough Mudder competitors must force themselves through small spaces, climb to extreme heights, and brave the elements; water, mud, fire and electricity all make themselves known on this course.

Cote and Cangemi agreed that the course’s toughest tests were those involving 35-degree water. Cote specifically cited a 15-foot drop into the water as being the most difficult stage of the challenge.

The news of the challenge spread quickly through the halls of Ludlow High School, and students have already taken an interest in taking on the Tough Mudder challenge.

“We’re trying to get a team together for the challenge on July 7 or 8, 2012,” Cangemi says, “I’ve already spoken to five or six juniors who will be 18 [the minimum age to compete] next year.”

For those who wish to take on the challenge, both Cote and Cangemi feel that the sooner one can begin training, the more likely it is that they will succeed.

“My three years of P90X really got me ready for this competition,” says Cote, “This was the toughest thing I’ve done since Marine Boot Camp.”

All three LHS faculty members finished the challenge, and Cangemi and Cote offered one word each to summarize their experience. While Cangemi described it as what it was, “challenging,” Cote leaned back in his chair, and with a grin on his face, answered in the fashion that most students have come to expect from him.