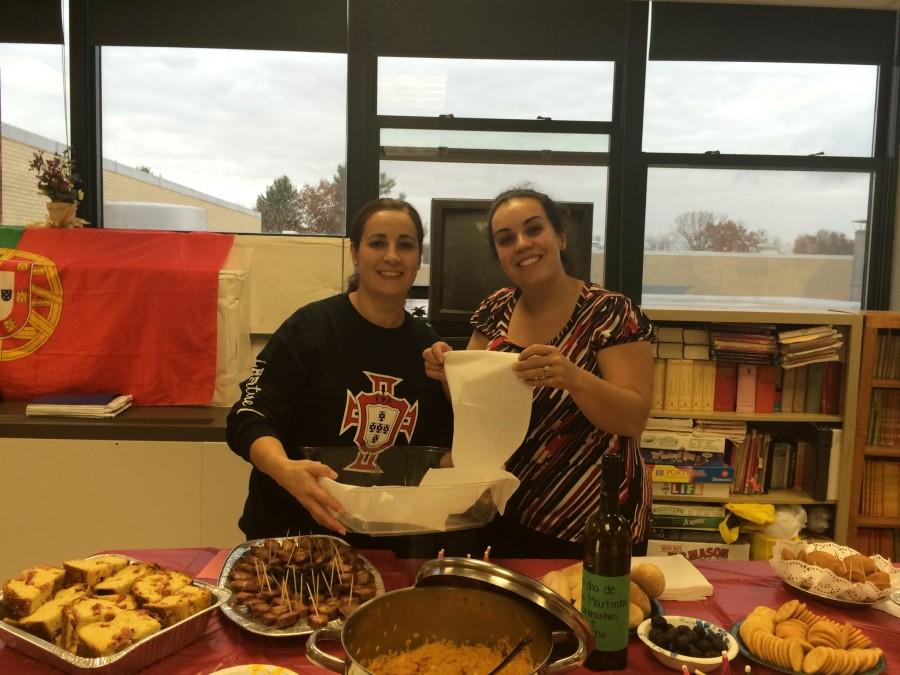 The LHS Portuguese club hosted it’s annual São Martinho celebration on Nov. 7. In Portugal, this day is celebrated on November 11, but to benefit club members and staff, it was held on Thursday.

This event in Portugal is a feasting celebration, often getting to taste the new wine of the season and roasting chestnuts on an open fire or oven. It is the day of Saint Martin, a Roman soldier who holds the legend that created this celebration. Many students from the club brought Portuguese food their relatives or themselves made and shared it with everyone there. Wine was definitely not available, but the club was never in short of a bottle of Sumol, a Portuguese soda, and chestnuts were brought to bring the full experience of what it’s like in the country.

“My favorite there was the folar,” Mr. Augusto commented.

Some foods that were brought were common in America, like pork with roasted potatoes, olives, cubed cheeses, crackers, flan, cookies, brownies, cupcakes, and many more.

Member of the club Brian Ovelheiro, who brought in olives for the festivity, shared with me his favorite dish that was served at the event.

“My favorite food was probably the shrimp cakes (rissois de camarao),” he said.

As you looked around the lively room, by the look of the participants and the club members, you could tell that this event was a hit for the club. Now we wait till next year for Sao Martinho to come again.