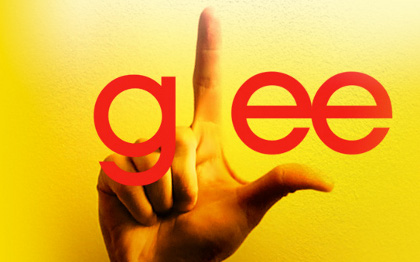 I’ve become a “gleek” over the first and second season of the television show Glee. Glee depicts the struggles of McKinnley High School’s res-erected rag-tag glee club full of misfits.

Audition Time! Running glee club, or New Directions, is Spanish teacher and former glee club member Will Schuester whose dream is to restore glee club to it’s former glory. Rachel Berry is the soon to be Broadway star who believes she’s the one and only. Next,  is powerhouse Finn who becomes a leader not only on the football field but in glee club. Quinn, Brittany, and Santana are cheerleader spies who learn to love glee. Artie is the wheelchair bound member who longs to dance. Puck is a bad boy who gets down to his guitar strumming roots.  Mercedes is the diva, and Kurt longs to show Rachel she’s not the star.

The first season left me screaming  for Quinn to tell Finn he wasn’t the baby’s daddy. I wanted to slap Terri, Will’s wife, for lying about being pregnant to stop Will from rushing over to  neat freak guidance counselor Emma. And, fans rooted for sides in the Finn, Rachel, Quinn, Puck, love quadrilateral.

The show tugged at my heart as Artie faced wanting to dance, and it forced me to want to be Kurt’s shoulder to cry on while he dealt with being out of the closet. But most of all it tore my heart apart as my favorite underdog, New Directions, lost regionals.

Moments Glee made me laugh were worth it. Such as Brittany’s crazy one-liners, and cheerleading “Cheerio” coach Sue Sylvester’s rude and hilarious remarks. And of course, it made me want to get up and dance and sing along.

After a break after the glee clubbers lost regionals, Quinn had her baby, and the future of glee club was saved, Glee sang its way back into mine and fans’ hearts for the second season.

This season Brittany S. Pierce has graced us with more of her famous one-liners and, she has also gained recognition of her talent by performing solos. She gained a storyline of her own in her new Santana and Artie love triangle. Mike Chang became more recognized as Tina chose him over Artie in the first episode.

New is football coach Shannon Beiste, who forms a bond with Will. The last newbie would be Lauren Zizes who fills in for Kurt after his departure, and becomes the girl Puck tries to win over.

Glee has kept up its many things I adore like its love triangles such as the ever-entangling one of Finn, Quinn, and Rachel. It’s amazing guest star characters, like Gwyneth Paltrow as Holly Holiday and John Stamos as Carl, keep me coming back for more. And its remakes of chart topping songs, such as Need You Now, Telephone, and Teenage Dream.  And for the first time on the March 15 episode, the Glee cast sang its own phenomenal original songs, including Loser Like Me.

So with the whole first season being mind-blowing, and with only two episodes left of the captivating second season, I, and hopefully others who feel the same, can’t wait to see what they will do next in the already renewed third season, because the ever persevering Glee members really do make me want to be a loser like them.