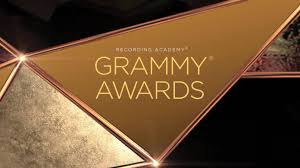 Imagine an artist who works all year writing and producing an album. They put their heart and soul into it, exposing the most vulnerable parts of their life to billions of people they do not know. Then the album becomes a great success and everyone, even critics, are predicting that it will win a Grammy. But in November, the nomination list comes out and that album is not on it. The Grammys were originally named the Gramophone Awards when it was created in 1958. At the time, there were various Academy Awards, including the Oscars and the Emmys, to award the most skilled characters in the film and television industries.

After the Hollywood Walk of Fame Project was established, there was an increase in interest and excitement in the music industry. Therefore, the Grammys were created to recognize the music industry’s most accomplished producers, composers, musicians, and songwriters. In the past, the Grammys were a great honor, but recent events show that they are losing their credibility because of their discriminatory and corrupt actions.

When the Grammys were first created, it was the beginning of the 1960s and the civil rights movement was in full spin. At the time the mainstream music industry was almost fully made up of white men. Over six decades later, although times have gotten increasingly better and the amount of representation for minorities is at an all-time high, the Grammys still display some discriminatory elements. In 2018, the Grammys put in place the Diversity Inclusion Task Force, which was supposed to be a series of forums to analyze and resolve the barriers that minorities face in the music industry. Despite their efforts, the statistics do not show any results. The Grammys have been around for sixty-one years and in those six decades, only ten African-American artists have been awarded Album of the Year, the most prestigious award that the academy gives out. The last time that an artist of color won Album of the Year was when Herbie Hancock won the award thirteen years ago in 2008.

There is not too much information known about the specific details of the nomination process or how the committee members are chosen. The committee is made up of between fifteen to twenty musicians, “who are recognized experts in their respective fields,” and together they chose about eighteen songs to put on a long list (Nominating Process). Then, they confidentiality vote to shorten the list into an eight-song nomination list. The 2020 nomination committee was 69% caucasian males. How can African-American artists expect to win when there is a lack of representation in the nomination process?

Even though the Grammys claim to be enforcing inclusion, last year during the 2020 Grammys, many African-American dominated categories were not aired during the show. Categories such as Best R&B and Best Rap were during a pre-show event that was not televised. Rap music was created in the seventies as a way for African-Americans to get their voices and messages out into the world. By creating a new and unique genre, it got a lot of attention from a wide range of audiences. Genres like rap, jazz, and R&B are predominantly artists of color, but they are getting overthrown by white artists.

This negligence towards inclusion is outrageous, especially based on the fact that 81% of the Billboard Top 100, which is one of the most credible music charting platforms, is artists or groups of color. The most recent event that has sparked controversy about the Grammys was in regards to The Weeknd. The Weeknd released his fourth studio album, “After Hours,” on March 20 of 2020, and instantly broke various records. It was the most pre-saved album on Apple Music with 1.02 million saves. It also sold over four hundred thousand copies in its first week, while also reaching number one on almost every music chart.

Various magazines, including Rolling Stones, anticipated that The Weeknd would take home Album of the Year, but he did not even receive a nomination. Fans were quick to point out that Justin Beiber’s song “Yummy” was nominated over The Weeknd’s “Blinding Lights.” The hit by The Weeknd was on the Billboard Top 100 for over sixty weeks and “43 of those weeks being in the top 10”, while Beiber’s song was on the chart for only twenty weeks (Are the Grammys). The Weeknd’s song was in the top ten for longer than Beiber was even on the chart, yet The Weeknd received no nomination in any category.

I don’t even know how the Grammys can justify this. Justin Beiber hasn’t been a good artist since the 2010s and “Yummy” sounds like it was written by my three-year-old cousin. Even the production is sloppy. It sounds like every song that’s on the radio. The Weeknd on the other hand. Now his music stands out. It’s kinda hypocritical. The industry is always stressing the importance of having a unique sound, but when you do and are successful with it you don’t get recognition. The Weeknd got robbed. I think he deserved Album of the year over Taylor Swift and that means a lot coming from someone who is a die-hard swiftie.

The corruption in the Grammys has been acknowledged by various well-known personalities. In 2020, Deborah Dugan, the former Recording Academy Chief, spoke out about acts of corruption that she had witnessed throughout her time in the industry. In an interview with the British Broadcasting Corporation, Dugan discussed various voting irregularities that occurred within the nomination committees. For instance, songs will be placed on the nomination list if the Grammys producer wants that song to be performed during the show.

Artists who also have relationships with a member of the board often get their music pushed into the nominations because they have connections. Dugan explains how in 2019, a song that was originally ranked eighteen out of twenty songs was put on the nomination list because “the artist behind the song was allowed to sit on the committee” (Savage). As a result of these affairs, songs and albums that deserve nominations are kicked off the list. Many mainstream artists, including The Weeknd, “Drake, Kanye West, and Frank Ocean,” have boycotted the Grammys by telling their labels not to put their music into the running (Sisario).

Musicians that should receive recognition for their talent and success, are getting the short end of the stick. Because of these committees, their music is getting over shined by mediocre, unoriginal, noise that the industry is trying to pass as music. I just don’t get why the academy is so obsessed with pop culture. I could name ten artists who are better than Dua Lipa or any other pop icon. Just because an artist is popular doesn’t mean that they’re good.

Not every time music by a white artist wins over music by an artist of color is discriminatory or biased. There are many instances where the album or song that deserved to win, won. But there are way too many instances where African-American artists get cheated out of an award based on an underlying bias in the nomination committee.

The Grammys are already continuing to lose a significant amount of viewers each year, and if they stay on the path they’re on, the Grammys will come to an end. The Grammys need to become more transparent with their audience and truly make sure that the people who they put on the committee are going to choose the nominations justly.