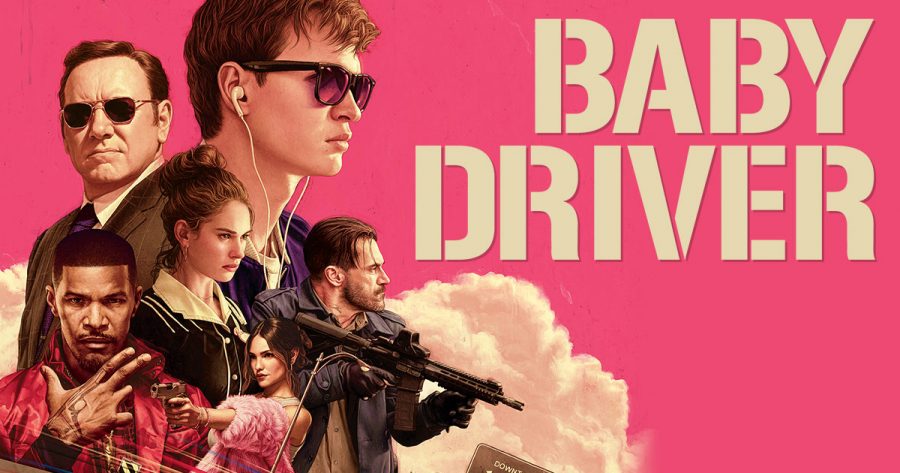 With the summer movie season having already wrapped up, it can be said Baby Driver is the definitive summer movie of 2017. It’s daring in the fact that most of the film is choreographed and edited to the playlist of the titular character Baby (Ansel Elgort), who suffers from tinnitus and drowns it out with his ipod. Stuck in an underground ring of criminals run by Doc (Kevin Spacey), Baby serves as their getaway driver as he owes a debt to Doc.

Unlike most modern movies, it is a small, focused movie, a three act story and a resolution that doesn’t set up a sequel. In a market saturated by fragmented plots, Baby Driver is a breath of fresh air. It harkens back to 80’s action movies, a bygone era of filmmaking that held this focus on the plot at hand rather than worrying about how to make each new film a franchise.

The film’s editing alone is an achievement. It has a unique technique of manipulating each scene to follow a particular beat of a song, making the film a clear distinction from the crowd of half-heartedly edited modern day blockbusters. The uniqueness found in the editing adds to the pacing of the film and big chase sequences to really stand out, while letting the actors provide fantastic performances throughout the film. What also makes these scenes memorable is their continuous use of practical effects, such as actual stunt choreography for both the car chases and fight sequences. By doing this instead of relying on CGI(Computer Generated Images) which is easier to produce, it retains that particular authenticity of older action movies.

Even with such attention to detail in the editing, what also makes this film memorable and rewatchable is the cast, with exceptional performances from Ansel Elgort, Kevin Spacey, Jamie Foxx, and Jon Hamm. Foxx’s performance as Bats deserves particular recognition for his embodiment of the “wildcard” throughout the story. His emotionally damaged character exerts a sort of anxiety in the audience due to his unpredictability, a feeling that can permeate even in multiple viewings.

Compared to past years, many might have argued the summer of 2017 has produced lackluster films, but Baby Driver was the glimmer of hope that alone saved the season.