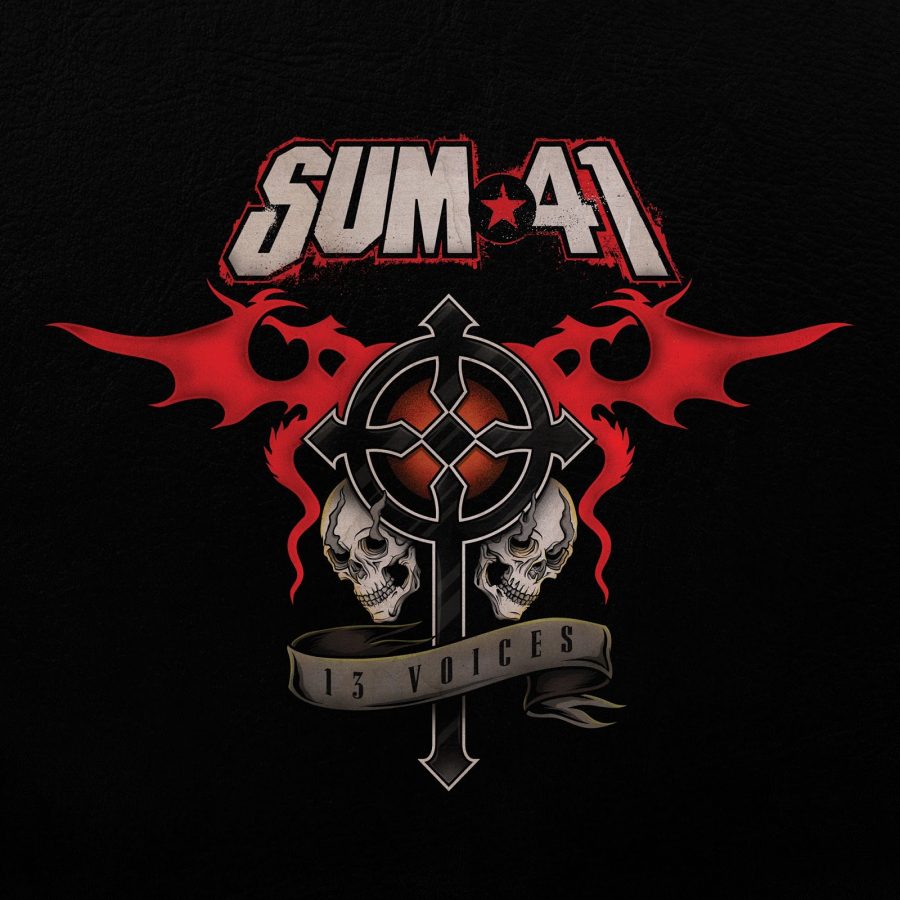 After five long years of waiting for another successful Sum 41 album, we were finally graced with their sixth studio album, 13 Voices. Mixing punk, rock, and metal tendencies in much of their music in the past, Sum 41 didn’t fail to impress. They gave fans a strong amount of each of these genres and gave hard-hitting and relatable lyrics with it.

After the album was released last October, they began touring in November and haven’t stopped since. I attended their Boston show on Nov. 11 and had the time of my life, singing along to Deryck’s strong and melodic voice and bobbing my head to their Metallica-esque guitar solos.

After years of struggling with kidney and liver failure due to alcoholism, lead singer Deryck Whibley has finally recovered. He began working on an album that was fueled by anger at himself, his ex, and the world as a whole. He doesn’t fail to write lyrics that many struggling individuals can connect with. In “Fake My Own Death,” one of the singles off of the album, Deryck condemns himself and his ex-wife for all of the pain he’s felt. He writes, “You played your part of the whore. You got some kinda nerve or have you forgot I don’t forget?” There’s clear anger there, calling his ex a “whore” and expressing his inability to forget. The anger shines through with the raging guitar solos, the little bits of screaming, and the pounding, fast-paced drum pattern.

Whibley continues expressing his angst in a slower, more sorrow than anger-fueled ballad called “Breaking the Chain.” He’s showing regret for the choices he’s made and the way his life ended up. He isn’t afraid to take responsibility for all of the pain he’s been through. He sings, “It’s time to be face to face with the lies I choose, throw the truth into the light. make no mistake, I’ve paid my price, I’ve done my time with the devil in disguise.” He then goes on to say that he’s breaking the chain of events he’s been a part of. He’s moving on and living a better, healthier, and happier life. He demonstrates the desire for this calmer, gentler lifestyle by adding a bit of soft violin to the strong, yet slow track that is “Breaking the Chain.”

Differing a bit from his personal revelry and evaluation, on one song, he takes listeners on a trip of rebellion. In “God Save Us All (Death to POP),” Deryck expresses a distaste and outright hatred for any and all pop music. The stuff you hear on the radio? Yeah, Deryck hates that. He writes, “We have the passion of the unbroken, and our souls we will not sell.” He compares himself and his music, his band, to musicians who have sold themselves out and given up on their creative dreams for money. He goes on to sing about staying true to yourself and having soul, urging us to put it into whatever we create. Although a relatively positive message is portrayed in this song, the music is fast, angry, and heavy. The song has a wildly punk and rebellious feel, differing quite a bit from the previous song on the album, “War.”

Most albums, even hard rock, punk, and metal ones, have an outlier — a song unlike all the others. “War” is this song. It’s a slow, gentle, catchy song with lyrics that stress the need to keep fighting. Whibley contemplates giving up the fight but he ends the song by telling everyone to get ready for war, to keep fighting and living. As he says, “So all that I’m trying to say, I’m looking for a better way. Some days it just gets so hard, and I don’t wanna slip away. So what am I fighting for?” Deryck is sharing an incredibly relatable thought here. Many people, most people, even, go through times of confusion. They aren’t sure where life will take them, or where they want it to take them. Life is hard sometimes, and Deryck shares that dilemma and understands it. As a senior in high school, I’m constantly thinking about the future and wondering where it will take me. Life is hard and it’s scary and this song helps me to get through the hard times.

Overall, 13 Voices is an anger-filled, sorrow ridden album that fans of Sum 41’s previous albums would love. They give us a little of everything with 13 Voices; a bit of rock, metal, and punk, as well as some negativity, and even some positivity. To top it all off, they give a wonderful live performance, making their comeback something that fans should be truly thankful for.