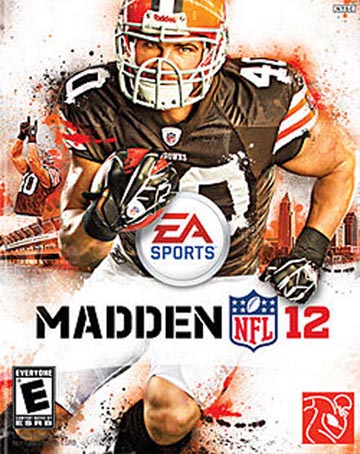 Football fans are all very different. They each have their favorite team, player, stadium, coach, game, and more. The one thing they all have in common is that they hate waiting for the season-opening kickoff.

Since the 1980s, the Madden franchise has provided fans with a means of subsiding their impatience by virtually living out the football season.

This year’s edition, Madden 12, has put emphasis on making the virtual experience as life-like and interactive as possible.

When John Madden Football was released over 20 years ago, you simply had your 11, pixilated men battling 11 identical players in different colors. But over the years, not only has the franchise become more realistic, it is far more immersive.

From a visual standpoint, the creators of Madden have outdone themselves. While the most evident change comes before the game, with team-specific entrances based off of the real-life game experience, it’s the small things that really stand out.

Football is, of course, a hard-hitting sport, and people are going to get knocked down, roughed up, and never come out of the game as pristine as they did going in. That’s why the grass-stains that appear on a player’s jersey after he’s been tackled several times is so impressive.

In fact, a lot of emphasis has been placed on the grass, as the game’s new graphics system gives the grass a three-dimensional look from certain angles. For example, when DeSean Jackson does one of his famous dives into the end zone, you’ll actually see the individual blades of grass around his body as he’s lying on the ground.

Yet another subtle detail that really goes a long way is the updated facial expressions of the players. Whenever a player is given a close-up while walking off the field or back to the huddle, you can see his eyes move as he watches the other team’s players pass by.

While no major leaps have been made in the game’s visuals, the subtle changes really go a long way in adding to the game’s realism.

Madden 12 makes it’s biggest leap in the Franchise mode, where a player not only takes control of the game, but also the management decisions.
Amidst complaints of the mode becoming “stale,” it’s obvious that this was a big spot of emphasis in the game, as evident by the mode’s three biggest changes.

This year, Franchise mode features Dynamic Player Performances (DPP). This reveals key players’ traits, such as whether or not a cornerback plays the ball aggressively, or if a running back is fumble-prone.

On top of that, DPP will change a player’s in-game rankings based on his performance during a game, and from the weeks before it.

If Larry Fitzgerald makes a one-handed sideline catch to win a game, for example, his rating will get a boost next week, as he’ll be on a “Hot Streak,” and his confidence will have gone up.

However, if Adrian Peterson fumbles the football three times, he’ll hit a “Cold Streak,” in which he is even more likely to perform poorly.

DPP adds a bit of a psychological aspect to the game, making it that much more realistic.

In terms of off-the-field realism, Franchise mode now features an updated scouting system. Instead of picking some players, getting most of their stats, and immediately identifying who you want to draft, it has become more of a gamble.

You start by selecting 20 potential players to scout. Like Madden of old, you unlock certain stats of theirs, but it’s almost exclusively the tangibles: speed, accelerating, strength, jumping, essentially anything that could be measured at the Combine. After these stats are unlocked, the player is given a potential overall ranking.

After unlocking these few stats, you are allowed to choose five of those 20 players, and give them Individual Workouts. These workouts will unlock their full stats, allowing the Franchise owner to see exactly what they’re getting from these players.

However, if you’re looking for your first round pick, it’s likely you’ll only wind up with one of these potential draftees, if any. That’s where strategy comes in, as everyone else is purely a gamble.

The potential stats tie right in to the Franchise mode’s third big upgrade: Cut Days. Equipped with a 75-man roster, you play through the pre-season with a chance to check out how everyone plays. At the end of each week, you must cut a certain amount of players, most of whom are young players whose stats you don’t quite know.

As the pre-season progresses, you learn more about who these players are, but if it turns out they’re not the player you thought they were, it may be too late.

Unfortunately, the Madden franchise has been resting on its laurels for quite some time. The commentary is stale, repetitive, and sometimes entirely inaccurate.

More than once has Troy Polamalu taken an interception back for a touchdown, only for the commentators to talk about him missing the ball and giving up a huge play by taking the risk.

On top of that, each game begins with the same spiel about a key offensive player, and a key defensive player. When playing a Franchise, it’s almost tempting to trade away that big player, as that’s the only way to avoid the lengthy conversation.

As refreshing as the revamped Franchise mode is, the other modes, such as Be An NFL Superstar and Ultimate Team have been mostly untouched.

With no competition, Madden has learned that it can get away with releasing a similar game each year and still make $60 a sale. This year, however, they took a major step towards new, innovative game play.

Due to the updated, realistic graphics, and the immersive changes made to Franchise mode, this is the first Madden in a while to feel new.

If you haven’t played Madden in a while (if ever), and you can tolerate the repetitive, occasionally inaccurate commentary, pay full price for this game. However, if you’re a yearly purchaser who really just wants the roster changes, you may be better off purchasing this game at a discounted rate.